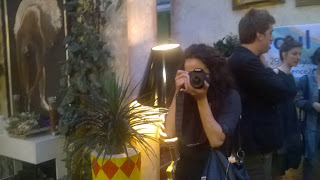 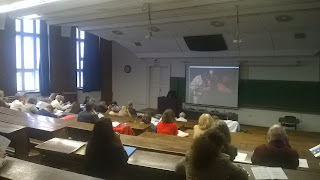 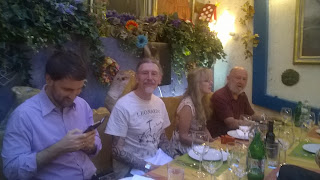 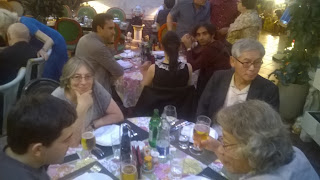 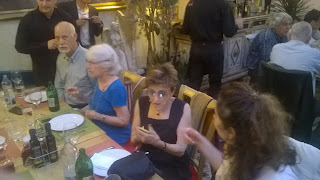 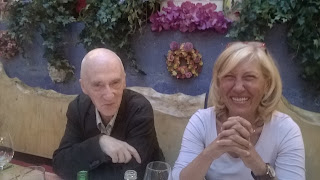 This years ‘shadow conference’ of the International Association of Aesthetics, Revisions of Modern Aesthetics, took place in Belgrade (Serbia). There were a lot of participants especially from Europe and Asia. The conference was very well organized. The hyper active ‘paparazzi’ (can’t wait to see the pics), fancy coffee breaks (straws in the cups!), the fun restaurants we visited, without forgetting the good (but heavy) food... everything worked out well.

In a fashion typical for the IAA the conference atmosphere was relaxed. Many great papers were delivered. My own favorites were the animal-related talks by Katya Mandoki and Krystyna Wilkoszewska (in this session I thought for the first time that something is really starting to happen in this topic), Tyrus Miller’s surprising keynote on Paul Scheerbart’s architectural utopia and Zoltan Somhegyi’s talk on architectural decay (Learning from Detroit). But I must have missed dozens of papers – like all of us.

I represented the Finnish Society in the two meetings of the executive committee of the IAA. The biggest issue for the Finnish Society was that we were asked if we’d have interest to organize an IAA event. Finland has never organized a minor one (Lahti hosted a major conference in 1995), but sadly at least the next one should be organized 2018, and that’s the year when we are hosting the conference of the Nordic Society of Aesthetics. It would be too much work to organize two conferences during one summer. But who knows if 2021 would be possible?

Next year’s main conference in Seoul is entitled Aesthetics of Mass Culture. I am personally very happy about this, as my work has mainly focused on this topic.

Max Ryynänen, Chair of the Finnish Society for Aesthetics

The Finnish Society for Aesthetics

The Finnish Society for Aesthetics was founded 1972. It has approximately 140 members. The society functions as a co-operative forum for scholars, students and other people showing interest in aesthetics. It aspires to develop research in aesthetics, to create contacts between arts and sciences, and to nourish discussions on aesthetic values. The membership of the society is open to everyone interested in the society.